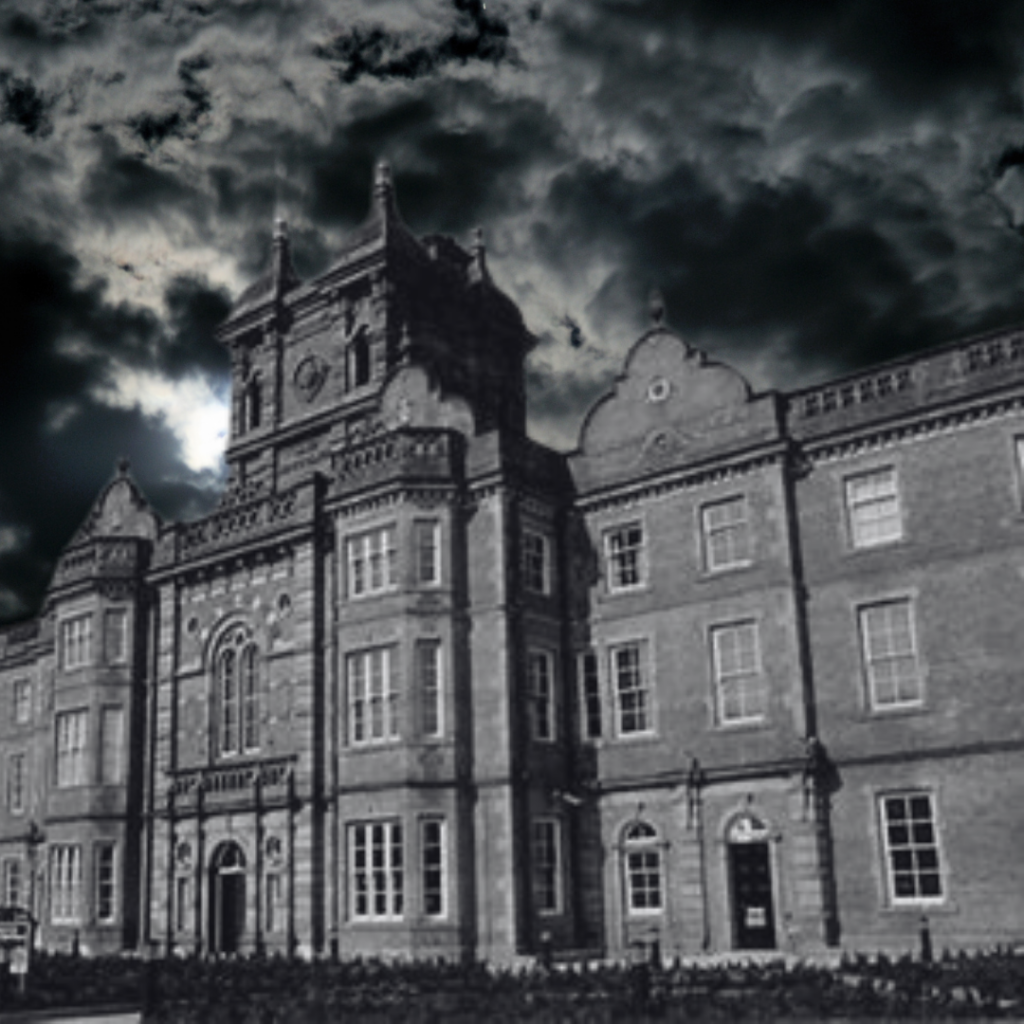 Thackray Museum of Medicine is housed on the site of the Leeds Union Workhouse. Opened in 1861 and designed and built by workhouse architects Perkins and Backhouse, the building house 784 paupers at its opening.

It is not likely children were present in this workhouse due to the Moral and Industrial Training school being built a few years before which was designed to educate poor children in how to make shoes.

The workhouse was a place of hardship, and hard labour would have taken place in the adjoining yards.

The building had its own custom built chapel, to instill moral and religious behaviour in all inmates. Women and men were housed separately, and all evidence of former lives was disregarded on entry to the building. Families were split up, clothes were changed for dull, prison like uniforms, and there was little hope of salvation.

The workhouse had an infirmary building to the rear, now part of St James’s hospital. This had one doctor to care for all inmates of the workhouse and infirmary. Infirmary staff to help the doctor were sought from the able bodied inmates from the workhouse, so care was often non-specialist and poor.

The workhouse master and matron would have lived in a house on the grounds of the workhouse. It is thought the building which was the Wainwright education centre in the Thackray Museum of Medicine was the top floor of the Master’s home. It was attached to the workhouse via a corridor; added later on the development of the site.

Over the years the workhouse grew, and new infirmary wings were built to support the large numbers of sick people who needed to be admitted for free healthcare. By 1870 the infirmary was full to bursting and the Poor Law Board of Guardians (who gathered funds to erect the workhouse initially) built more external wings to allow more people access to healthcare.
In 1906 more new buildings were added to the site to allow extensions, which included kitchens, stores, sick beds and sewing rooms.

In the advent of war in 1915 the Guardians offered the workhouse and infirmary buildings to the war
effort, and the main building (the museum) became the East Leeds War Hospital. During this time the king visited the soldiers and took the time to speak to each wounded soldier in turn. Soldiers were admitted for a variety of reasons, and it is thought many may not have survived their wounds. Sir Berkley Moynihan undertook care in the hospital at this time, an eminent surgeon of the age.

In 1925 the Poor Law Infirmary in Beckett Street was renamed St James’s hospital (in honour of Dr James Allen and Mr James Ford who had undertaken many improvements on the site). The change in name and status meant new nurses came to work here and a nurses’ wing was opened to house them. The hospital raised funds for an electric lit operating theatre and many other mod-cons.

When the National Health Service came into being in 1948, the workhouse building blended into the hospital.

The museum building was used as the geriatric wards for many years, until in the early 1990s it was evident it was no longer fit for purpose. Thackray Museum of Medicine took over the building, being well placed to house the wonderful collection of surgical instruments dating from Roman times to the present day.

A high level of paranormal activity has been witnessed here, dark figures roaming around the building, poltergeist activity, loud footsteps, whispers, crying, rapid drops in temperature, people have been touched and grabbed by unseen hands. There have been many interactions with all the paranormal electronics, high spikes on k11 meters and voices captured on EVP’s (electronic voice phenomenon). With out any doubt this is one location that has provided us with many unexplainable experiences.

What will you experience in the dead of night of your haunted adventure at Thackray Medical Museum.

Car parking is £4 pay and display for the evening

Parking and arrival instructions will be sent to all guests via email one week prior to the event.

Tea, coffee, cordial and biscuits available and included in the cost.

On events that are priced at £40 or above we offer a non refundable deposit option of £20 per person and the remaining due one month prior to the event.

The easiest & simplest way to book is online via our website, however if you are having problems with our website or would prefer to book over the phone please call our office on 0330 122 0063. Please note calls will only be answered during office hours.

When booking using the deposit option you agree to pay any outstanding balance one month prior to the event.

All prices are subject to change, without any notice given.

Please read all our terms and conditions before booking.