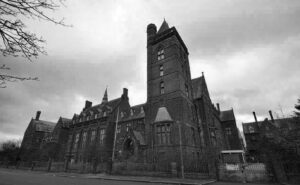 The building has a floor space of 99,000 sq ft, is located away from all residential property and in its own grounds of approximately 3 acres. It has a main hall and several open plan wards. A school, a chapel and a mortuary.

The building was originally built as a children’s orphanage by Britain’s Greatest shipping lines including the White Star line (the Titanic) , during the second world war the orphans were evacuated to Wales and the building became a Military hospital for the duration. In 1954 it became a General Hospital with a A & E and Psychiatric Units. In 1992 Margaret Thatcher closed ‘Rainhill’, the worlds largest Lunatic Asylum and the Royal Liverpool Seamen’s Orphanage was emptied of staff and patients and replaced with the patients and staff from Rainhill. Until its closure in 1997 the entire site housed the world’s most mentally and criminally insane patients, complete with a padded room.

Newsham Park Abandoned Hospital is one of the scariest and haunted locations we have ever held a ghost hunt. This formidable building sets you on edge from the moment you first see it, towering out of the darkness.  It only gets worse when you enter! The feeling of being watched by unseen eyes is spine tingling and then you hear the footsteps following you down every corridor, up every flight of stairs.

Full apparitions are common here and send people screaming in terror, banging, being touched or pushed or having your hair pulled are a regular occurrence. People have reported the feeling of being pushed down and feeling sick and left physically shaking in some areas of this location.

Why not try your luck in the laundry room where a dark shadow moves among the guests and affects many guests in so many different ways. Or how about the psychiatric ward where there is banging, footsteps, screaming, crying, shadows and apparitions to make sure you never go back in there.  Experience the sadness and fear along the naughty boys corridor.  There are so many areas to this huge haunted hospital, you will be spoiled for choice and with activity in abundance.

Will you join Haunted Adventures as we explore the paranormal at this daunting building, with now even more areas of building to explore.. 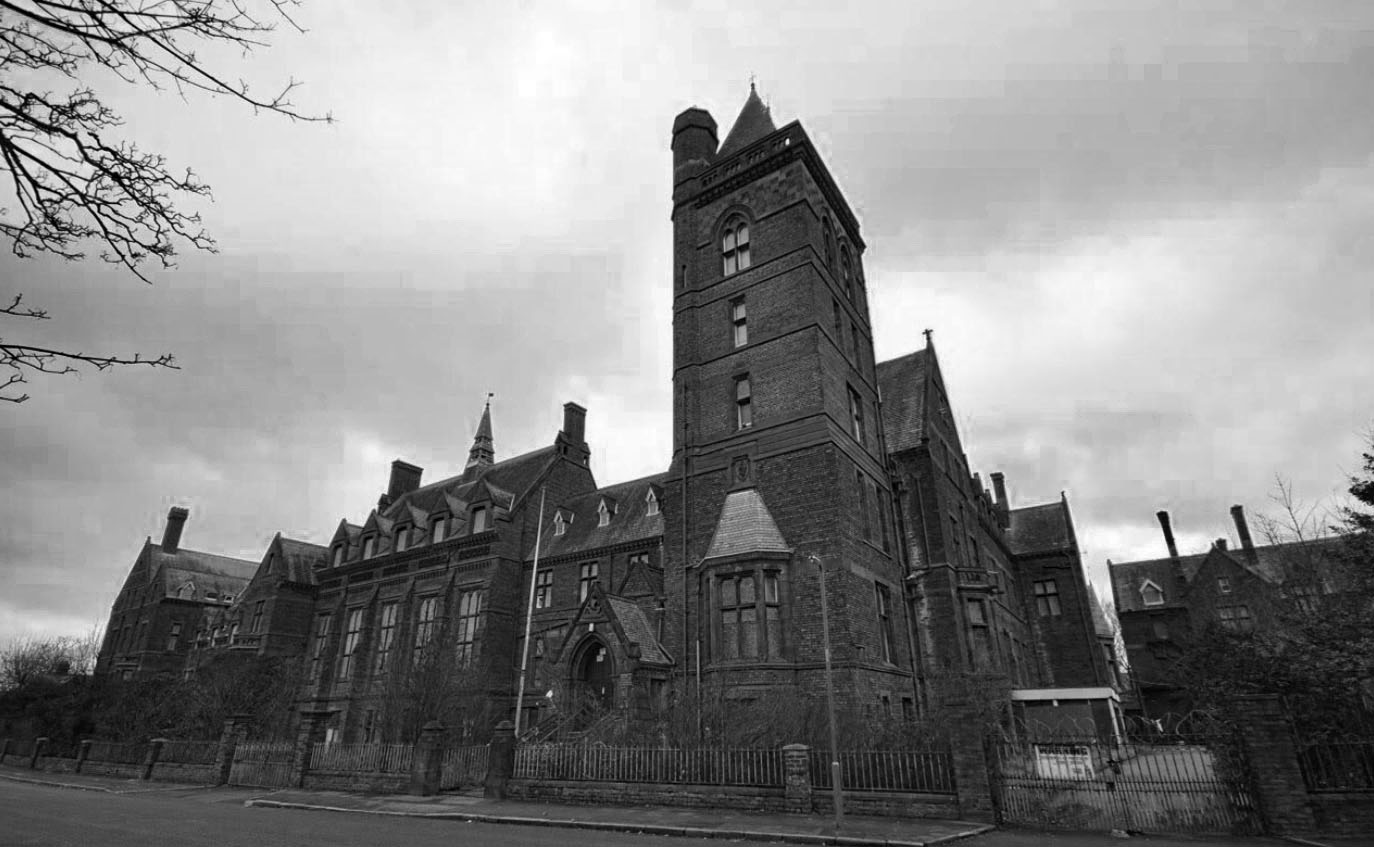