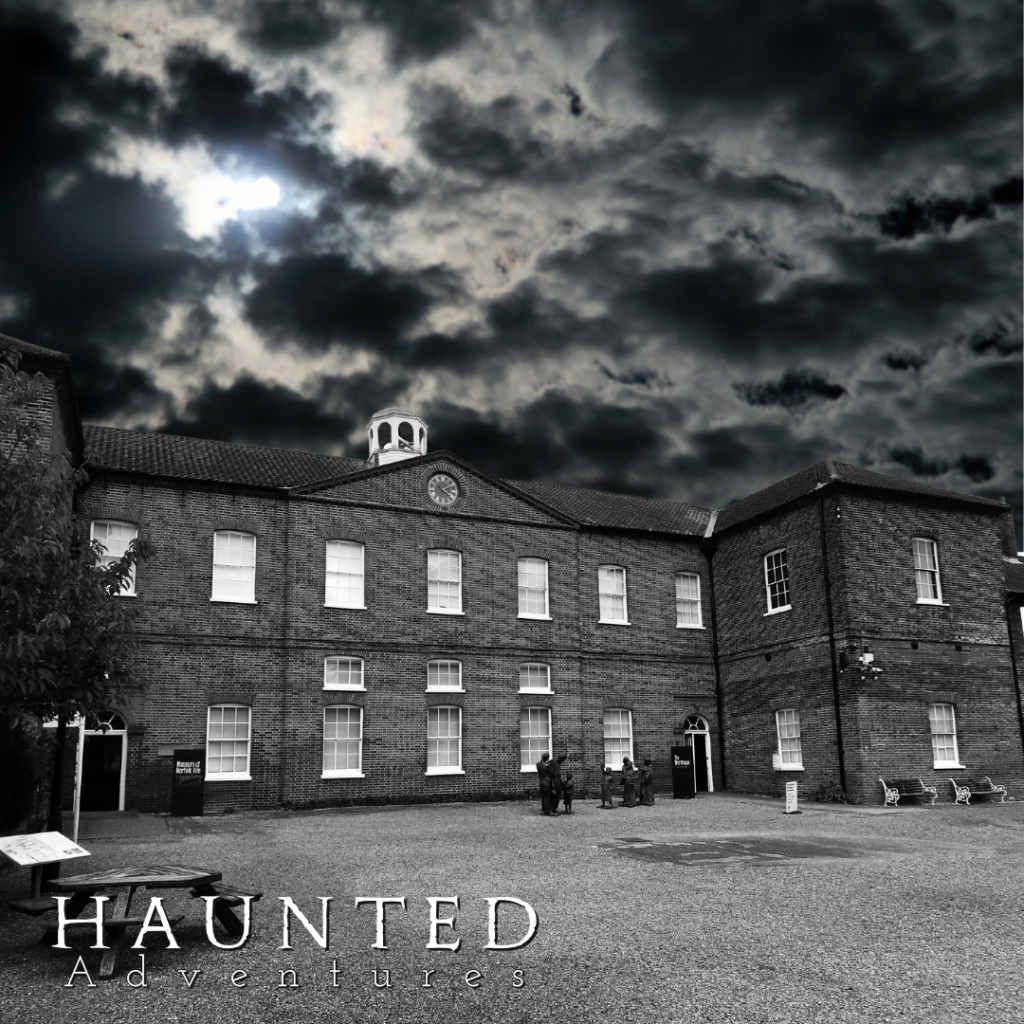 The workhouse was built in 1777 on Hoe Common, for £15,000, and was one of the earliest Houses of Industry erected in Norfolk. The main block of the building was H shaped. The main south façade has has a pediment with a clock, and a wooden cupola. A long L shaped wing projects eastwards from the main block. This wing also dates to 1777, but was originally separate from the main block. There was an open, arched arcade, running along the ground floor of the east wing, which was bricked up in the 19th century. The east wing was originally used for ‘cottages’, or apartments for married couples. In the 19th century the east wing was used for dormitories and day rooms, and in 1871 became the infirmary. In 1835 alterations to the workhouse were carried out, including the construction of the boundary wall, as well as internal walls that created a series of separate yards. In 1853 Cherry Tree Cottage was built to provide accommodation for elderly married couples. The chapel, built in Gothic Revival style in 1868 was designed by R. M. Phipson. A separate fever ward was built in the 1870s. The other outbuildings around the complex are of 19th century date. The workhouse was known as Union House and Beech House (from the early 20th century). The building ceased to be a workhouse in 1948, when it became an old people’s home. In 1975 the building was transferred to NMAS, and the Norfolk Rural Life Museum opened in 1976.

On your paranormal investigation at Gressenhall you will get to walk in the footsteps of those who once lived and worked at the workhouse. You will get to investigate, The main museum,  The chapel, Cherry tree cottage, the school house and the laundry which is still home to some of the original equipment.

Our previous investigations here have proved to be active with spooky happenings, strange lights seen moving around the building, doors opening on their own, the sounds of children’s voices and laughter, footsteps are also often heard here, some have reported being touched by unseen hands, paranormal electronics are triggered  and many have captured a photo of what appears to be a young boy out in the grounds of the work house.

Parking and arrival instructions will be sent to all guests via email one week prior to the event.

Tea, coffee, cordial and biscuits available and included in the cost.

On events that are priced at £40 or above we offer a non refundable deposit option of £20 per person and the remaining due one month prior to the event.

The easiest & simplest way to book is online via our website, however if you are having problems with our website or would prefer to book over the phone please call our office on 0330 122 0063. Please note calls will only be answered during office hours.

When booking using the deposit option you agree to pay any outstanding balance one month prior to the event.

All prices are subject to change, without any notice given.

Please read all our terms and conditions before booking.